Frank Zappa’s 1971 film, 200 Motels, is a surreal, comic look at rock musicians and their lives on the road. Zappa cowrote and codirected the movie with Tony Palmer, whose long career in film and theater has included everything from rock-music documentaries to opera. The movie consists of a series of comic skits, interspersed with footage of Zappa appearing onstage with the Mothers of Invention and the Royal Philharmonic Orchestra. Among the guest stars are Ringo Starr, Keith Moon, and Theodore Bikel.

United Artists Records released Zappa’s double-LP soundtrack album soon after the film appeared in theaters. Zappa pointed out in the liner notes: “Some of this music is in the movie. Some of the music that’s in the movie is not in the album.” The soundtrack stands on its own, and it isn’t necessary to have seen the film in order to follow the loose narrative. 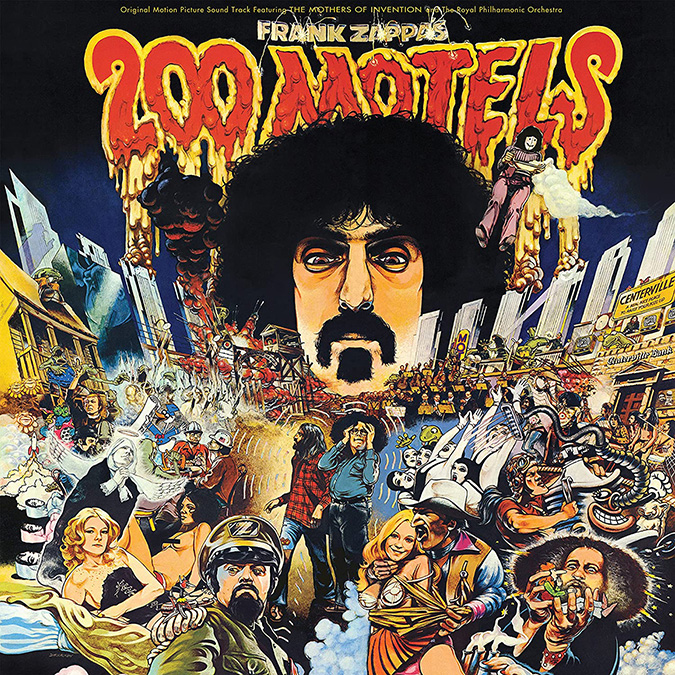 The music on 200 Motels consists of Zappa’s often daring blend of rock, jazz, and classical music, mingling highbrow and lowbrow culture. Zappa scorned those distinctions, though he clearly wanted to be taken seriously as a composer. His satire sometimes seems to undermine his ambitions, but Zappa poked fun at everyone, and the album is a bracing combination of humor and music that largely succeeds.

Bernie Grundman has handled the vinyl reissues of Zappa’s extensive catalog of recordings since 2008, and uses original analog sources whenever possible. The tapes for 200 Motels were in poor condition, so Grundman had to carefully reconstruct the original recordings to create a digital master at 24-bit/96kHz, which he then used as the source for the vinyl cut. To commemorate the 50th anniversary of 200 Motels, Zappa Records also released a six-CD box set that included Grundman’s remastered soundtrack, along with a wealth of extra material.

I have a 1986 MCA Records reissue of 200 Motels on LP and the two-CD Rykodisc release of the album from 1997, and I compared both versions with the new vinyl release. The album opens with “Semi-fraudulent/Direct-from-Hollywood Overture,” which is based on a musical theme from Zappa’s “Holiday in Berlin.” I heard sonic similarities between the CD and 1986 vinyl versions, although the LP had a bit more layering and better separation between instruments.

The mastering on the new LP lets the music open up and expand even more. The vocal chorus by the Top Score Singers on the opening track was easier to pick out, and sounded more ornate. The ringing of the strings on the harp was more solid and sustained, the cymbal crashes were more energetic, and the sudden percussion strike at the 1:02 mark was more forceful and satisfying. 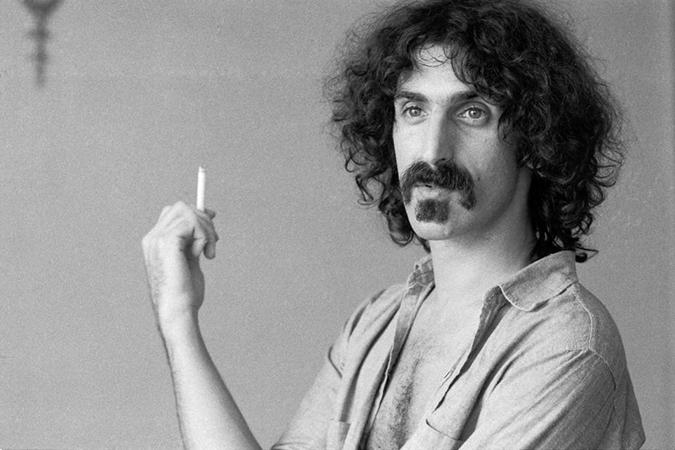 The record moves into rock with “Mystery Roach,” which features the Mothers of Invention. I found the sound on the CD to be livelier than the 1986 pressing, but it was also brighter at the top end. The new LP sounded more balanced than either of the earlier releases, and the presentation of the music allowed more space between instruments. I could hear drummer Aynsley Dunbar’s hi-hat work more clearly, and the horn players stepped out from the murky presentation that buried them in the other two versions.

As I noted earlier, the album shows Zappa’s compositional skills in different musical genres. Side 2 opens with four tracks that feature the Royal Philharmonic Orchestra, and I got a better sense of the changes in dynamics on “Touring Can Make You Crazy,” “Redneck Eats,” and other orchestral tracks with the CD than with the 1986 LP release. The new pressing had even better dynamics than the CD, and conveyed a much more focused and textured picture of the timbral qualities of the instruments. I also had a clearer vision of where the string sections of the orchestra were placed.

Side 4 veers from the operatic “A Nun Suit Painted on Some Old Boxes” to the rock’n’roll of “Magic Fingers,” and closes with the lengthy “Strictly Genteel (The Finale),” which contains elements of all the styles of music Zappa has used in the previous hour and 20 minutes of the soundtrack. On the new pressing, the ensemble vocal sections on the closing track were more harmonically satisfying, and instruments that sometimes were relegated to the background on the other two releases came forward. Small touches throughout the album, such as percussion and keyboard flourishes, had greater presence on Grundman’s remaster, making this version a much more rewarding presentation of the music. 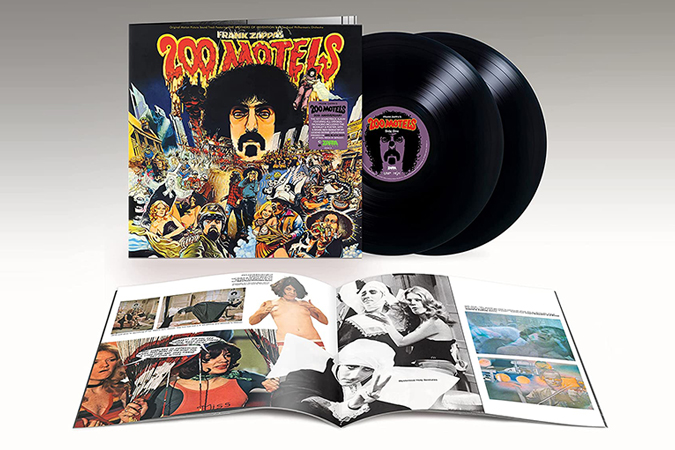 The original United Artists LP release of the album had a heavy cardboard gatefold cover with tipped-on artwork, but my 1986 reissue copy came in a single sleeve. The new LP release is housed in a standard-weight cardboard gatefold with the artwork printed directly on the cover. The image quality and color reproduction are very good, and the package includes reproductions of the 16-page booklet and folded movie poster that were part of the original release.

The discs were pressed by Optimal Media. The German company’s pressing plant has proved to be among the best in the world, and I’ve been impressed with the consistent high quality of its vinyl. Backgrounds are quiet, the vinyl is flat, and edges are cleanly finished.

I’ve often thought of 200 Motels as a minor item in Frank Zappa’s album catalog. But hearing it again, especially on this reissue, encouraged me to reappraise it. It now strikes me as a solid and impressive example of Zappa’s musical ideas and his attempts to blend his varied talents as a composer, bandleader, and satirist. By revealing so much more of Zappa’s musical imagination, Bernie Grundman’s remastering of the album makes this a valuable addition to the composer’s vinyl releases.