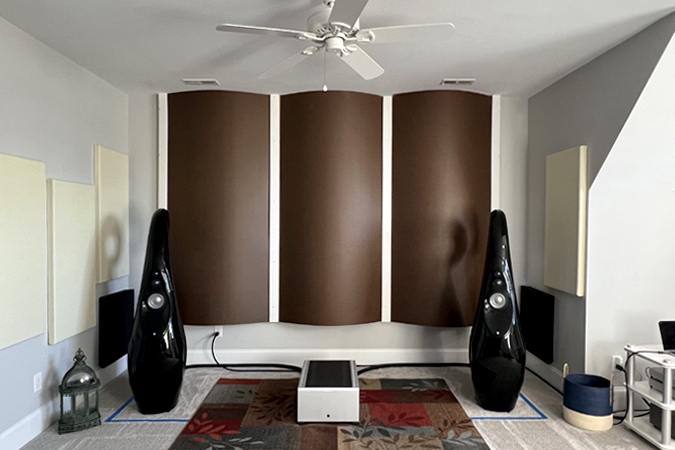 The Ultra Reference System represents the culmination of many years of listening to the finest components available. It is my current review system, housed in the listening room I set up four years ago when I moved into my home here in southeastern North Carolina, and man, do I love it. Yeah, it’s a valuable tool for reviewing audio components because of its neutrality and amazing resolving capability—but listening to music over it is the real reward.

If you’ve read my April 1 article, “My Reference Audio System,” you know what my hot-button requirements are for any component to enter this system—I’m a picky dude. And suffice it to say, every part of this system pushes all of those buttons. 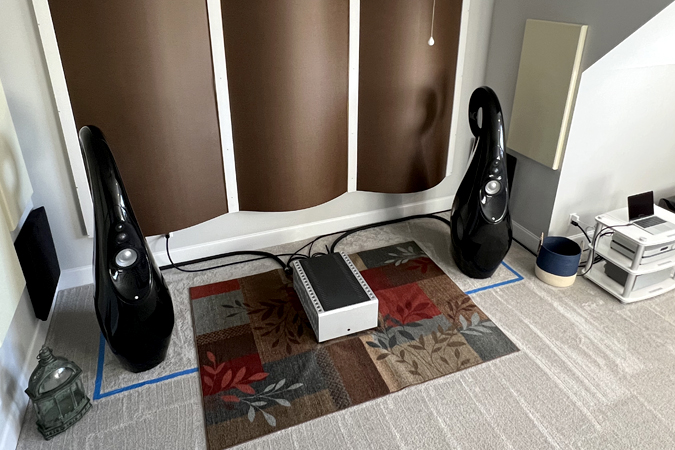 Without further ado, here is the Ultra Reference System. Click each link to learn more about a component, to see it in my system, and to find out why I chose it. 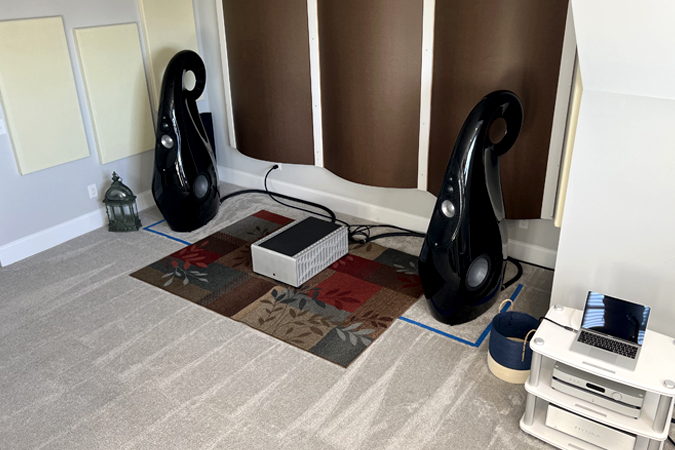 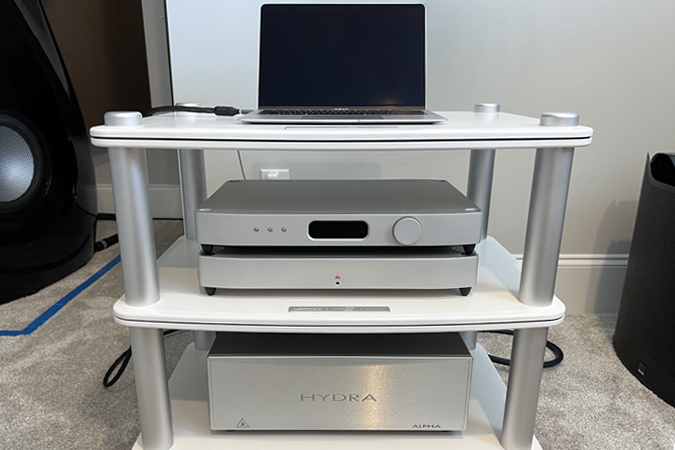 Sound of the system

The sound of the Ultra Reference System is characterized by a few hallmark attributes. First of all, explosive dynamics. The Ultra Reference System can scale from whisper quiet to excruciatingly loud with complete control. There is never a sense that the system is straining to reproduce any musical challenge thrown at it. Listening to musical selections as diverse as Led Zeppelin and Vivaldi, the utter sonic ease with which the system operates means I can always relax into the sound. Perhaps there is a calming effect created when you know a system will not damage itself trying to reproduce some massive musical crescendo. The Ultra Reference System seems to loaf along, no matter what. For example, I was listening recently to the hugely dynamic title track from Crown Imperial, by the Dallas Winds, conducted by Jerry Junkin, and pipe-organist Mary Preston (24-bit/176.4kHz WAV, Reference Recordings HR-112). From the crystalline quality of the bells to the big drum whacks, this work was awe-inspiring over the Ultra Reference System. Zero to 60 in 0.0 seconds!

Secondly, the imaging is completely disconnected from the physical locations of the speakers. If imaging and soundstage reproduction are your priorities, you’re not alone. The Ultra Reference System floats sonic images in a three-dimensional space with uncanny accuracy—and those images have shape, depth, and tangibility. What’s more, the soundstage does not just consist of compartments on the left, center, and right, but instead presents as a continuous canvas in which even the tiniest of ambient cues have their own space to exist. When I was listening to “The Girl from Ipanema,” from Stan Getz and João Gilberto’s Getz/Gilberto (24/192 MQA, Verve Records/Tidal), the soundstaging was staggeringly precise—every sound captured on those March 1963 recording sessions was placed to the millimeter. In particular, I could clearly see Astrud Gilberto singing on the far right, just to the outside of the right-hand speaker. 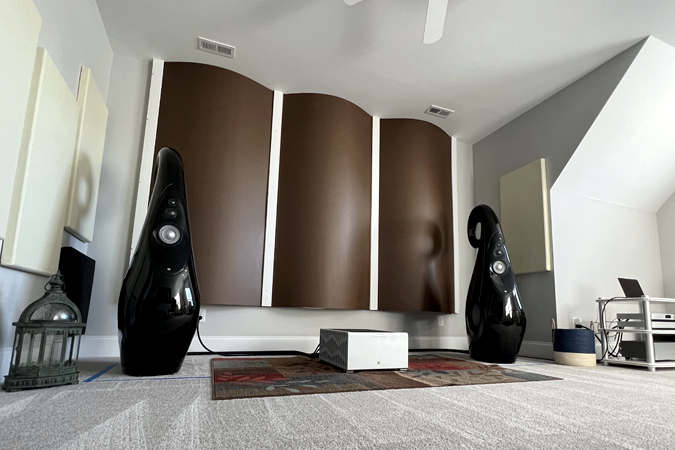 Thirdly, black backgrounds are the norm. The Ultra Reference System produces no self-noise. Rarely, if ever, have I heard an audio system that seems to be off until music emerges from it, but this system accomplishes that rare feat. Not only that, there’s no perceptible distortion of any kind from the Ultra Reference System, no matter what type of music is playing or how loudly or softly it is being played. Even with some of the finest systems I’ve heard, I’ve noticed multiple moments where extraneous, nonmusical sounds creep into the playback. Not with this system.

And finally, low-level resolution that is made for late nights. The Ultra Reference System is a fitting midnight-listening companion. As my house and my room become quieter into the wee hours, the Ultra Reference System bristles with life, even at very low volume levels. Specifically, the frequency extremes sound utterly balanced with the midband, whatever the listening level.

The character of the system does not change with output level, either. I dove into Eberhard Weber’s “Santiago,” from his live album Résumé (24/44.1 MQA, ECM Records/Tidal). Although I’ve occasionally had the urge to crank up this track in order to hear further into the recording, it’s not a necessity with the Ultra Reference System, but a choice. Even at the low volume level I might use for my late-night listening, I could still hear everything in “Santiago” clearly, from the double bass to the tinkly keys. Also, the light percussion on “Amsterdam” was revelatory in its clarity, even at super-low volumes. 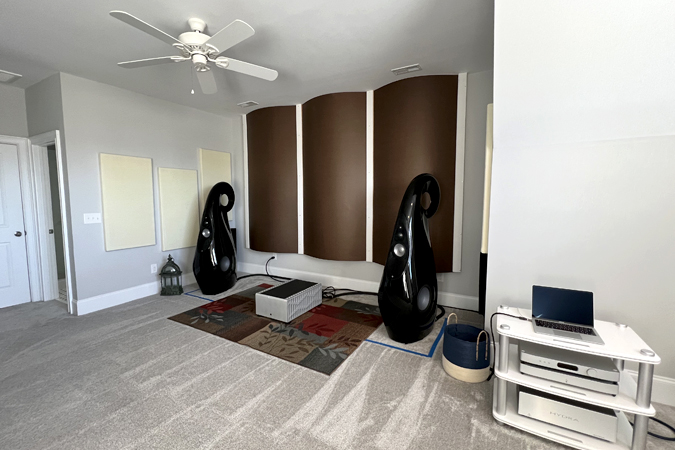 As you can probably tell, I simply love listening to this system. Even though it is not quite as ambitious in physical size as some of the massive audio systems I used to have in my Music Vault listening room, the Ultra Reference System is able to play as large as any system I’ve heard outside of a couple of supersystems displayed at audio shows through the years. And this system is as musically compelling as any of them.

The Ultra Reference System allows amazing experiences every time I fire it up, and that’s easily its most valuable attribute. When I recently cranked “Immigrant Song” (Led Zeppelin III, 24/96 MQA, Atlantic Records/Tidal), it got real crazy in my room! But never less than true to the music.

Note: For details about my room, please see the introduction to my listening space in my March 2019 article, “A Measured Approach to Room Acoustics.”