Neil Young rivals Bob Dylan for making large amounts of archival material available to his fans, giving them a clearer picture of how he creates his music, and how he presents it in concert. In April 2018 he released Roxy: Tonight’s the Night Live, comprising performances from a three-night stint at the Roxy Theater in 1973. He closes out 2018 with Songs for Judy, a collection of solo performances from a November 1976 tour.

The songs on this two-LP set (also released as a single CD, MP3s, and streaming) were taped by Joel Bernstein, photographer and guitar tech for that tour. Young opened each show with an acoustic set before taking the stage with his band, Crazy Horse. Bernstein and journalist Cameron Crowe, also traveling with the tour, compiled a cassette tape of their favorite songs that has been bootlegged over the years. The album gets its title from the monologue Young delivers in track 1, in which he claims to have spotted Judy Garland in the audience, and carried on a conversation with her before the show. (Garland had died in 1969.) 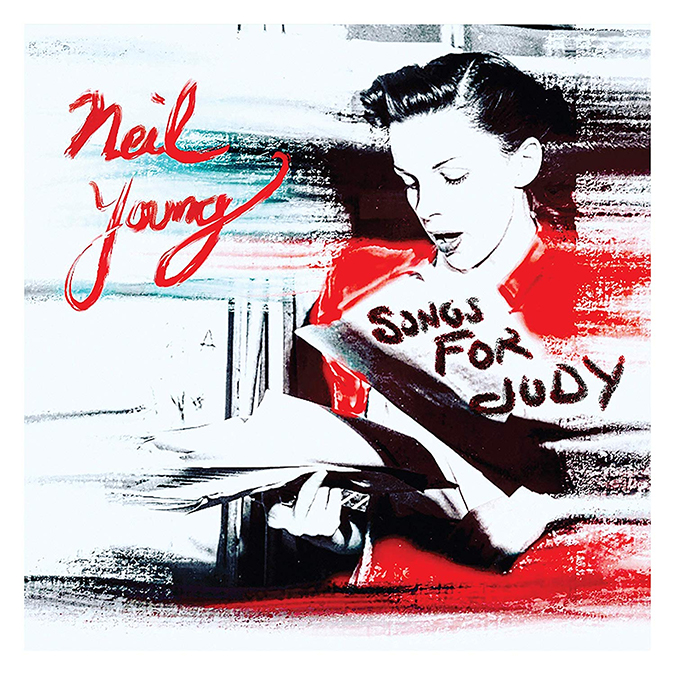 On most tracks, Young accompanies himself on acoustic guitar or piano. His “Too Far Gone” would turn up on Freedom (1989), but in this stripped-down version Young sings more sadly, and the song reaches deeper. “No One Seems to Know,” with Young on piano, makes its first appearance on record. “Love Is a Rose” feels looser in the version that appears on the three-LP compilation Decade (1977); here, Young gives it a more personal reading.

Young would record “White Line” in an electrified version with Crazy Horse for Ragged Glory (1990) -- this acoustic version is both a trial run and a fascinating look into how Young can retool a song. He plays banjo on “Human Highway,” which he tells the audience he hadn’t yet successfully recorded. He didn’t use a banjo in the fully realized arrangement of the song on Comes a Time (1978), but the instrument’s down-to-earth folksiness seems to have carried through to the studio version.

Young uses a synthesizer to introduce “A Man Needs a Maid,” and quotes “Like a Hurricane,” not yet recorded in 1976. This version of “Roll Another Number” is faster and more upbeat than the one on Tonight’s the Night (1975), and it’s hard to tell if it’s his jaunty pace or the crowd’s ignorance of the song’s irony that causes it to cheer. 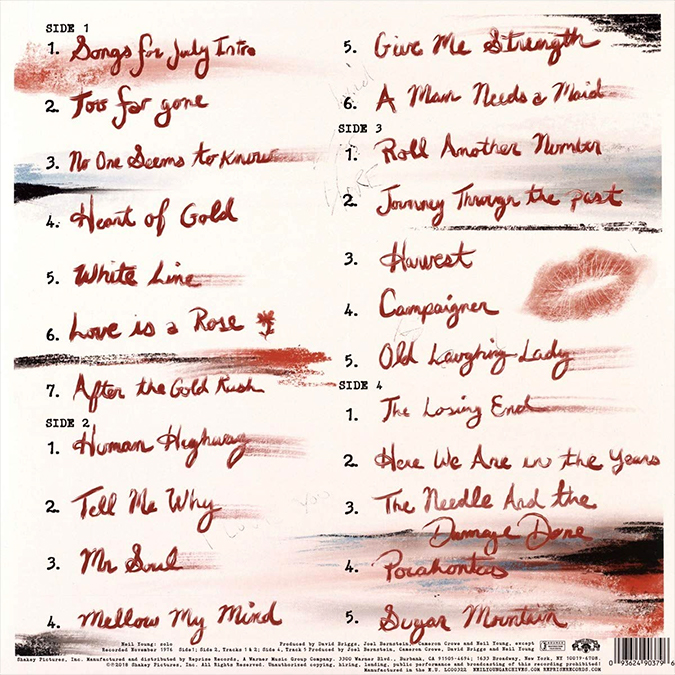 In other live acoustic releases in Young’s Archive Series, such as Sugar Mountain: Live at Canterbury House 1968 (2008) or Live at Massey Hall 1971 (2007), audiences listen quietly and respectfully. But Young performed the 23 tracks of Songs for Judy in large arenas, and the crowds are often noisy and restless. It says something about Young’s skill in handling an audience that when he sings “Campaigner,” which expresses mild sympathy for his bête noire, Richard Nixon, the group listens respectfully.

The final mix for Songs for Judy came from a combination of Bernstein’s cassettes and PA board recordings of the same tracks by Tim Mulligan, who assisted in assembling the final product in stereo. Chris Bellman, who’s remastered every vinyl release in Young’s Archive Series, cut the lacquers for the standard-weight vinyl pressings from the digital master Mulligan created. The result feels analog, with the guitars resonating warmly and Young’s voice is out front, and well centered on the soundstage. Some tracks have more arena ambience than others, but all of them have a pleasing “live” openness.

Neil Young was 31 when these recordings were made, and earlier that year had abruptly abandoned a tour with Steven Stills. Giving ticket buyers a picture of both his acoustic and electric sides, as he did on this tour (though not on this album), shows his versatility, but also his restlessness. Few careers in rock music have been as challenging and uncompromising as Young’s, and Songs for Judy is a good addition to his discography.